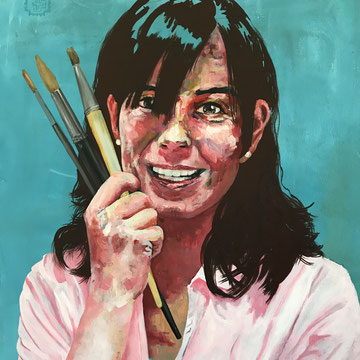 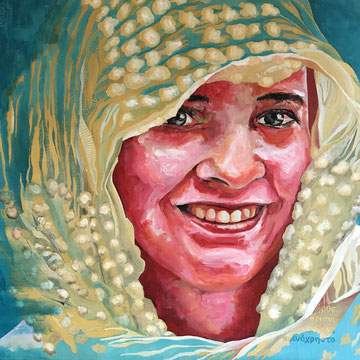 Like all great things in life, there are women who begin with small details, small interventions, but with the passage of time these once small details become transcendental for the change of each and every person they impact. And with this, they contributed something that made others develop to be the best version of themselves, even without being public figures. They all have a common vision, and in the end, they managed to do their bit to build, from home, a better place to live, respecting life. They have a strong vision, faith, unbreakable discipline and sense of community, which helped humanity heal in some way.  Women who contributed all of the 12 months, those 365 days a year, dedicated to build around them, within the daily routine of their extraordinary life.

2020. LOTTERY: PEOPLE WHO OPENED THE ROAD 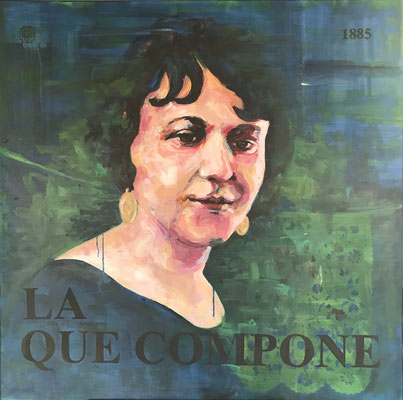 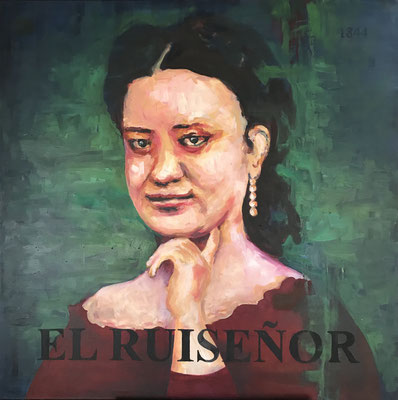 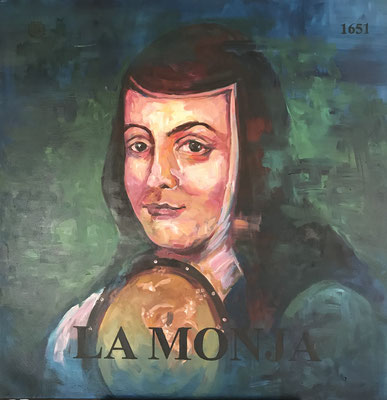 Three woman of the Lottery Serie are flying to Georgia. They are ready to Art Exhibition Opening at the Atlanta Mexican Consulado.

They are some mexican woman that broke the glass ceiling and gave us space for us to flourish without so much difficulty: Consuelo Vazquez / Angela Peralta / Sor Juana Ines de la Cruz.

Thank women who give us the example of rescilience!

Thank God for sending me to the world until the 20th century! 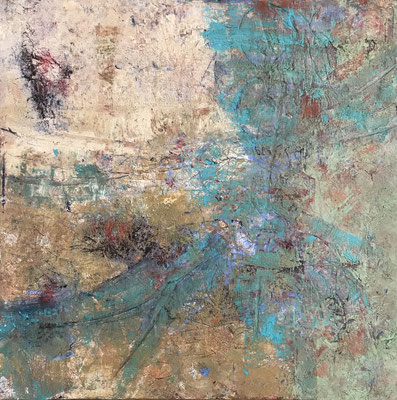 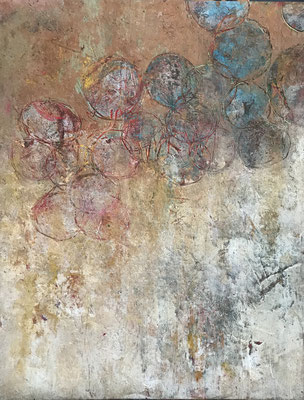 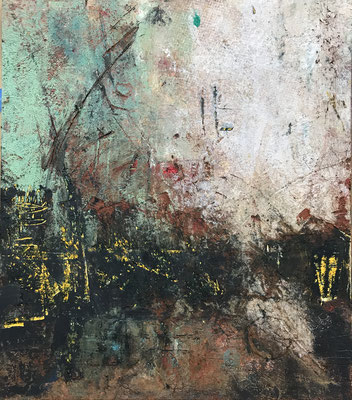 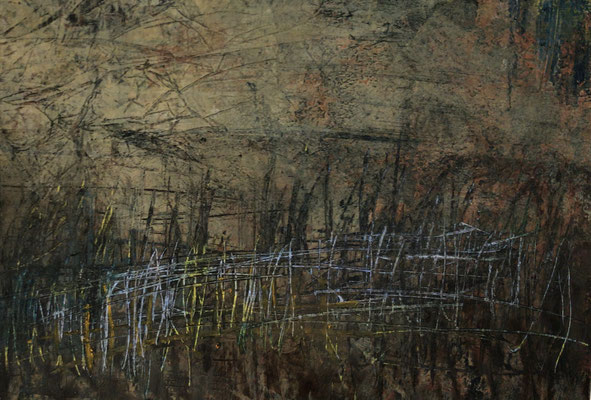 Surfing the waves requiers concentration, balance and extreme contact with nature, to point of touch the surface of the wave without breaking. The joy of autonomy on the board, in contact with water, is actived when there is a total harmony with the great ocean.

That is life itself. Enjoy it, is a privilege of those who wants to enjoy it.

This Series MAD WOMAN IN THE FIELD Julieta takes the opportunity to do a tribute to the heroines in the Battle Field. Each are difference, all are de same cane of extraordinary women.

PEOPLE BEFORE ME is a serie in which Julieta talks about one of the most important grandparent's skills. They nurish inconditional our children.

In the series PIELES FEMENINAS Julieta tries to share the experience that each woman lives in her valuable process of forming herself. A process of creation that passes through the darkness of night, oppression and pain, hope, resurgence, incubation and gestation, and finally the process of recognition in their new identity. It is necessary that the woman submerges in the murky of the darkness of the unconscious, in order to integrate to the consciousness the energy contained in him. Being a woman means living oneself.

The spots always allow everyone to see them according to their needs and their desires. These are my intense, rich and fascinating experiences, but with the ability of each one to project his own.

"JULIETA CARRILLO A ROAD TO SIMPLICITY

Austerity of line and color. Cosmos of water, wind and sand petrified by time: Ancestral places that Julieta Carrillo walks with bare feet to nourish herself and feel the embrace of the earth rich in color.

The ocher, siena and green dialogue in their eternal feminine, constructing landscapes of the soul achieving oasis; Watering holes for contemplation.

Walking the landscapes of Julieta and engaging in dialogue is to take the soul off; And so travel to the higher planes of consciousness, where colors become words that build a promise in the eternal prayer of time. Pacifist, conciliatory, profound; Psychologist by vocation, artist healing by conviction.

Julieta is impacted by the time that is expressed in each hill, each lake, each stone of each place that she had visited. Every National Park she visit is a pretext for capturing a piece of time on a canvas.

Thousands of years it took to the earth to form as Julieta knew it and she tries to encapsulate that time translating it into a canvas.

Every experience that we live, and that costs us the soul, is reflected in our memory, deep in our heart, in only an instant.

Faces, ships and oceans: through them, Juliet presents a tribute to the people who made of their sea a space full of wealth.

A sea that she shares with whom she approaches or crosses.

With an interrupted continuity, it shows us different styles, reflecting its actual life itself, different and discordant with each passing day. In this tricotomy she symbolizes each person in their difference.

This art exhibition is a loa to diversity, in the mystery that everything in this life can be one and can be triune: in the conjunction of differences is the secret of creation.

"Julieta, Mexican artist with an experimentation and continuous evolution, influenced by his studies of painting, philosophy and psychology.

Since her childhood she has been fascinated by two themes: art and soul. Both have interrelated to consider the former the expression of the latter; This can be evidenced in several of its series, among them the one that was of the sea.

Symbol interaction is what Juliet shapes in this series: fish, turtles and sea water, plus time, petrification, transformation and belonging.

Since ancient times the fish have been shown as a being of movement that is directed towards the lower, the dark, the oceanic, the unconscious. And there is no greater movement and evolution than those that occur in the search and discovery of the unknown: what a fish can discover.

Her work is a metaphor of the contents of the unconscious that emerge in the light, expanding the consciousness of the people. When there is water in the ocean, some Fish are trapped and petrification arrives: as happens when the things that happen to us exceed our Capacity of assimilation, and we have to send them to the unconscious, petrifying them, in which our conscious psyche acquires the necessary strength so that they surface and we can metabolize them.

Through this series, Julieta offers a tribute to Mother Earth for all that she gives us. The paintings in this series are filled with the ancestral energy that the earth, once covered by the ocean water, brings its inhabitants from the first men and women to our days".

Music transcends the conscious and the verbal. It has an unconscious impact and scope, evokes images and feelings, personal and collective experiences as well.

The reaction of a person to the musical sound is not mediated by consciousness, he can not account for the ultimate motive of his reaction.

Julieta then, through this series, presents an invitation to allow us to flow and feel belonging to the human race.